The vision for Hope House came through the founders’ work with teenage moms in a Teen MOPS (Mothers of Preschoolers) support group. Lisa Steven and Amie Walton, who had both been teen mothers themselves, found that most of the girls they worked with had very unstable home lives. Many had alcohol or drug addicted parents. Some were homeless, and almost all had been abused in some way as a child. Searches for resources, especially housing, were frustrating. Most providers were “maternity homes,” serving pregnant teens who were allowed to stay only six months following the birth of a child. Almost no one would take a teen that was already parenting. With the realization of such a deep need, came a call on the hearts of the founders to build a home for teen moms and their children. The vision from the beginning was to create a model, and to one day serve teen moms in Hope House homes all over the country.

Hope House of Colorado was incorporated in October 2000, and the next three years were spent developing a comprehensive self-sufficiency program, building a funding base, and learning how to run a non-profit organization. In April 2003, Hope House opened the doors of its first Residential Program. In 2006, Hope House moved into its facility.  In 2007, Hope House began providing Community Programs to teen mothers, including a Mentoring Program and a GED Program.

Hope House of Colorado empowers parenting teenage moms to strive for personal and economic self-sufficiency and to understand their significance in God’s sight, resulting in a healthy future for them, and for their children.  With the help of your generous donation, we can continue and expand our outreach  to these mothers and children in need. 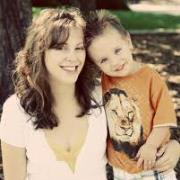