The Chelsea Hutchison Foundation is a Colorado non-profit corporation formed by Julie and Doug Hutchison to help individuals, particularly children and young adults, who have epilepsy. The main focus is to raise funds to provide grants for trained seizure-response dogs who may be able to detect an oncoming seizure and provide warnings and/or respond after the onset. The Foundation also provides Emfit monitors for those in need. Emfit movement monitors are the latest technology for monitoring an individual who, during sleep, may experience seizures which a caregiver or family member should be alerted to. The Chelsea Hutchison Foundation is named for Julie and Doug’s beloved daughter, Chelsea, who died in her sleep during a seizure in April of 2009, called SUDEP (Sudden Unexpected Death in Epilepsy). During the 6 years that Chelsea had seizures, no one ever told the Hutchisons that a seizure could take her life, other than through an accidental fall or drowning. As a result of that omission, the Chelsea Hutchison Foundation raises SUDEP awareness so other families are not blindsided. 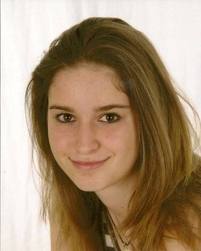